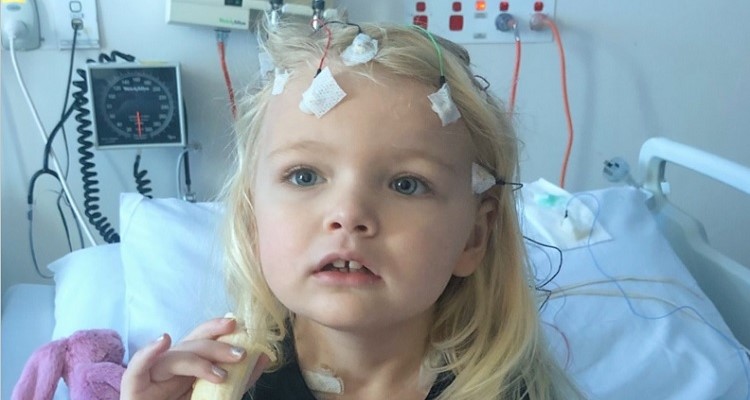 With his 30 plus years in the parking industry and having worked for a number of companies including Grimes Parking, Ezipark, Sydney Airport Corporation and now Secure Parking, Tony McMahon is calling on his parking colleagues to support him in his quest to raise money for Sydney Children’s Hospital and Bear Cottage.

‘Team Secure’ are running in Sydney’s infamous City to Surf on 11 August to raise funds for the Children’s Hospital in Randwick, who recently treated Tony’s 3 year old grand daughter – Harper, when she was diagnosed with a Stage IV Diffuse Midline Giloma (brain tumour).

Harper was diagnosed with a tumour in March this year, when a CT scan revealed a 5cm mass located in a compromising position in Harper’s brain, the very worst news any parent could ever be told. Harper underwent emergency surgery to have the tumour removed at Sydney Children’s Hospital.

Pathology results showed the tumour was a Stage IV Diffuse Midline Giloma, an extremely rare and aggressive cancer only found in a handful of children each year. Nothing could have prepared Harper’s family for this heartbreaking diagnosis.

Unfortunately, Harper’s diagnosis is deemed ‘the worst of the worst’ but, “We believe where there is life, there is hope and Harper has already provided us with the most hope through the strength, bravery and resilience she has shown every step of the way”, said a statement from Harper’s parents.

After weeks in hospital the family returned home briefly before returning to Sydney Children’s Hospital to commence the first of 25 radiation treatments.

The radiation treatment that was suggested for Harper has just finished and is only ‘buying-time’ as this is an incurable and aggressive cancer. Her family are now waiting for the next stage of Harper’s Journey.

Please get behind Tony and Team Secure as they raise money and help kick goals for sick children. 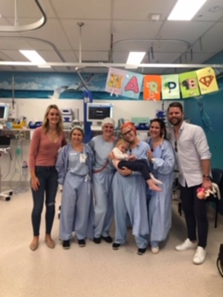