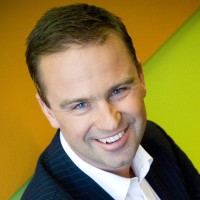 David was the 43rd Premier of the Australian State of Tasmania from 2008 until 2011. During his parliamentary career he also held the positions of Minister for Innovation, Science & Technology and Minister for Education & Skills. His time as Premier was characterised by bold reforms designed to lift Tasmania educational outcomes and capitalise on Tasmania’s natural advantages in water, food, high speed telecommunications and renewable energy.

For his work in promoting innovation and broadband infrastructure David was named by The Australian as one of Australia’s Top 50 most influential people in technology.

As Premier, he switched on the first non-Telstra owned optic fibre backbone in Tasmania, developed the first broad scale FTTP brown-fields roll out and championed his home state as the first National Broadband Network location.

Prior to entering Parliament, David had an extensive career in the information technology and telecommunications sector including roles as Chief Information Officer and industry development specialist.

David is now the Chairman and co-founder of a number of high-growth Australian and New Zealand based technology companies. He is a Director of PlaceSpeak international, a company delivering the world’s first geo-social online consultation platform for Government and industry. More recently he has been the President and Chairman of a professional basketball club and led the bid for Tasmania to re-enter the National Basketball League. He is the Chairman of a national charity, the Brave Foundation, that seeks to connect expecting and parent teenagers back into the world of education and work.