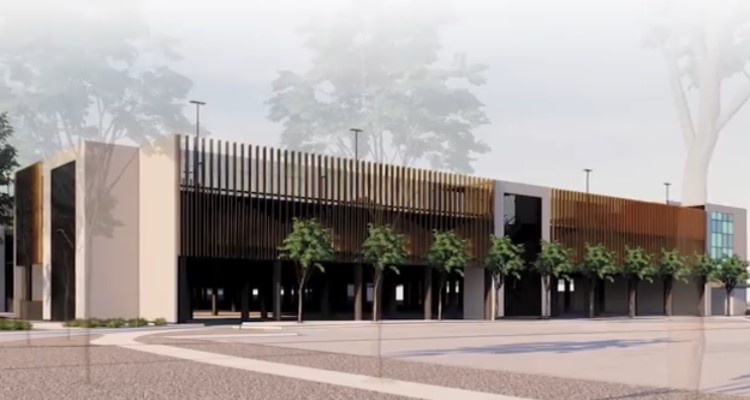 The $32 million multi-storey car park at Mandurah Station will start construction early next year following today’s request for tender applications for its design and build.

Jointly funded by the State and Federal Governments, it will be one of WA’s first congestion- busting projects under the Morrison Government’s Urban Congestion Fund and was an election commitment from the McGowan Government.

It will also be one of the first car parks in Australia constructed under the Federal Government’s Commuter Car Park Fund.

Federal Minister for Population, Cities and Urban Infrastructure Alan Tudge said demand for car parks at Mandurah station will skyrocket in coming years, with daily boardings jumping from 4431 in 2018 to an estimated 6500 by 2031.

“This project will take cars off the road and get people onto the trains, busting congestion and getting people home sooner and safer,” Mr Tudge said.

“Stripping thousands of cars off the road, it will also remove a major bottleneck for the Mandurah and bust congestion for people travelling to Perth.”

WA Minister for Transport Rita Saffioti said she was pleased the project was moving ahead.

“The multi-storey carpark was a key commitment for local Member David Templeman and the McGowan Labor Government and we’re pleased to be going to the market to get it built,” Ms Saffioti said.

“The Mandurah Line has been an incredible success since the day it was planned and built.

“This success has led to increasing patronage from residents in Mandurah and commuters as far south as Bunbury who often struggle to find parking at peak hour.”

Federal Member for Canning Andrew Hastie said about 70 per cent of passengers currently travel to Mandurah Station by car.

“The new car park will be built within the footprint of the existing northern car park and will boost overall capacity from about 1100 bays to about 1700,” Mr Hastie said.

“Commuters will no longer have to park on adjacent streets surrounding the station, which has been a source of frustration for local residents.”

“The Federal Government committed 50% funding toward the project during the federal election and so I’m pleased to see it getting underway.”

State Member for Mandurah David Templeman said the project was a response to predicted passenger numbers.

“Passenger numbers on the Mandurah Line aren’t slowing down, with boardings at Mandurah Station alone expected to grow by almost 50 per cent by 2031,” Mr Templeman said.

“The thriving service also been a catalyst for huge residential development in the southern suburbs, with many families enjoying the beachside Mandurah lifestyle.

The open deck car park will be designed to maximise security, natural lighting and ventilation while providing shading and weather protection where possible, with lifts, an open staircase and façade screening.

Once a contractor is selected and works begin, the northern car park will be sectioned-off so the new multi-storey facility can be built. The Public Transport Authority is investigating options to partially offset the parking temporarily lost during construction, by using adjoining land reserves.

The project is expected to be complete by the end of next year, weather permitting.