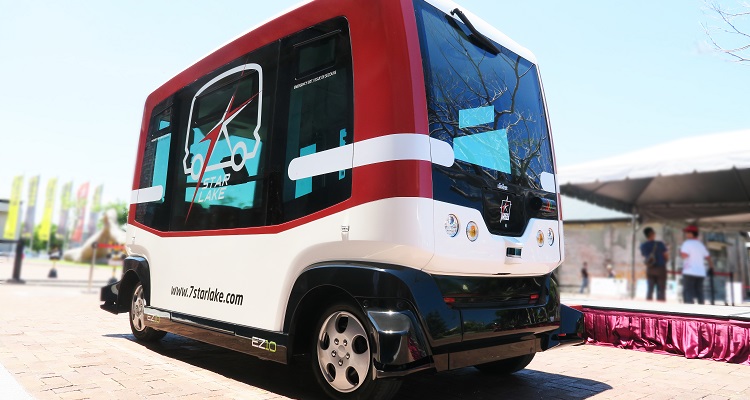 The EZ10 driverless shuttle is expected to ply the streets of Kaohsiung city this October, as a free shuttle service for the public during the Eco-Mobility Festival. The EZ10 will operate on a 300 meters segregated route which will be closed to traffic.

The EZ10 electric driverless shuttle was recently unveiled at the National Taiwan University (NTU), as part of a industry-university cooperation. The EZ10 will undergo the first stage of testing in NTU’s Shuiyuan Campus this July, with the second stage to be held in the NTU Campus with different transportation routes.