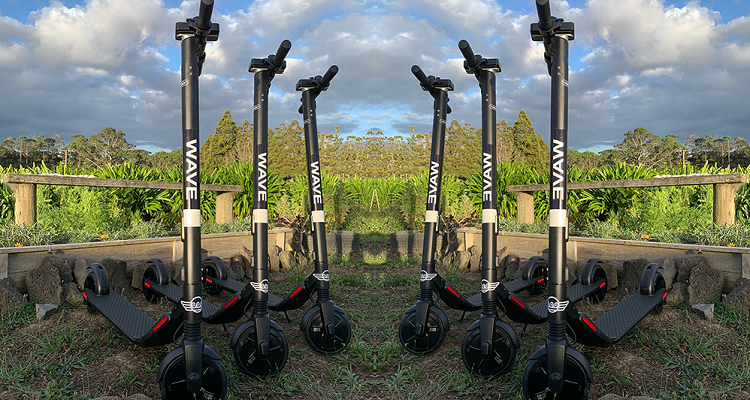 E-scooter operator Wave will launch its service in Auckland on 13 March 2019. Wave, which was granted a licence to operate e-scooters in December 2018, is another participant in Auckland Council and Auckland Transport’s shared e-scooter service trial, which ends on 31 March.

Wave is licensed to operate up to 500 scooters in the city centre and surrounding areas until the end of March.

“Wave will be restricting its scooters to 15km/h on Auckland’s Queen Street, and in the Wynyard Quarter and Viaduct Basin areas.

“This is a good opportunity for us to test slower speeds in areas with lots of people walking,” he says.

“Wave has also assured us that its model of scooter, which is used in other countries, has had no reports of brakes locking, or any other known issues. It has also provided assurance that it will recall its fleet immediately if any malfunctions occur, until these issues are addressed.”

Wave’s e-scooters are licensed to operate between 5am and 1am each day.

Auckland Council’s Chief Operating Officer Dean Kimpton says Auckland Council and Auckland Transport will continue to work closely with Wave throughout the duration of the trial.

“Having a second operator as part of the trial will give us the opportunity to see how different operators work and help us to inform any future decisions from the trial.

“Wave has committed to working very closely with us throughout March and you can expect to see its ambassadors on the streets throughout the trial.

“Wave’s licence and the council and AT’s expectations around its operation are consistent with the conditions applied to Lime, including adherence to the code of practice,” says Mr Kimpton.