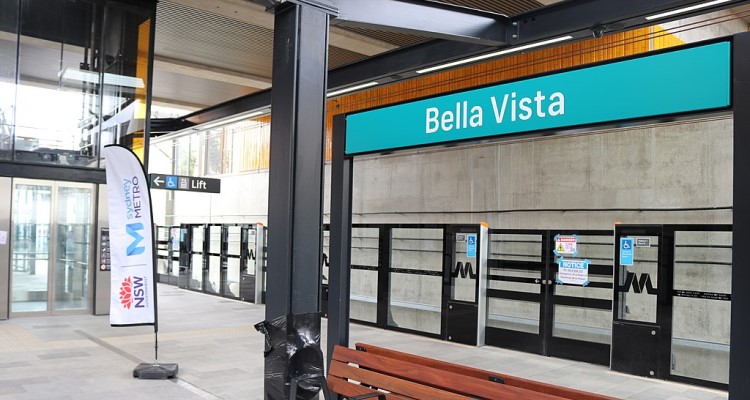 “What we’re seeing in Australia is part of a world-wide trend to make parking garages near train stations and public transport hubs more efficient and user friendly.” said Dale Fowler, President of INDECT USA and CEO of INDECT Australasia. “If it’s quick and easy to find a space it encourages more people to use public transport rather than relying on private vehicles.”

“It was a huge project with a short deadline. Our technicians worked hard to ensure it was completed in time for the big opening.” said Jim Morris, CEO of Access Parking Control. “We’re really pleased with how it looks and the initial feedback from commuters has been very positive.”

The Sydney Metro Rail Project is Australia’s first fully-automated train system. The driverless passenger trains are manufactured by French rail transportation experts Alstom, and based on the international metro trains currently used in 25 cities worldwide, including Singapore, Barcelona and Amsterdam.

The new trains run through purpose-built tunnels allowing them to travel at speeds up to 100km per hour. The entire system is constantly monitored by highly trained personnel in a state-of-the-art control centre that receives real-time footage from the 230 security cameras placed within the tunnels.

To ensure commuter safety, the metro network functions as a completely closed system with no external connections to Sydney’s other rail networks. Each platform has glass screen doors to keep people and objects away from the edge and allow the trains to get in and out of the station much faster.

INDECT’s ultra-sonic sensors were placed directly above the individual parking spots giving commuters a clear view of all available spaces. Different colours indicate the space’s status: green for available and red for occupied. The lights are clearly visible from a distance with additional LED wayfinding signs directing drivers to the nearest available space.

“When you’re rushing to catch a train, you don’t want to waste time searching for a parking spot, you just want to drive in, park and go. Especially now that the trains are fully automated, there’s no waving to the driver to get his attention. If you’re late, it’s gone.” said Morris.

For most passengers, the new North West Metro line is only part of their morning commute. Any delay caused by searching for a parking spot could mean they miss their next connection. Parking guidance helps ease the stress of that early morning rush.

“It’s a really exciting time in Australia’s rail history and we are proud to be part of such a visionary public transport project.” he said.