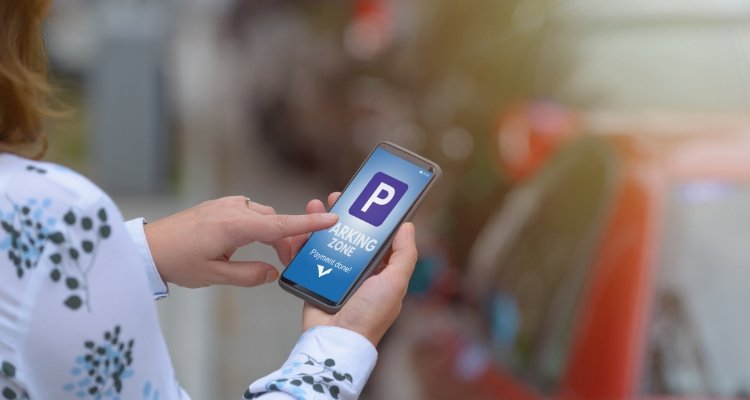 On Thursday 17 October the NSW Government launched their Park’nPay App. The NSW Minister for Customer Service, Victor Dominello, was joined by the Minister for Transport and Roads, Andrew Constance, to announce the ‘new’ technology. The first problem is that the technology is not new. Secondly, there are a number of Parking Australia members who have provided such technology for many years.

Minister Dominello said, “This app is a game changer for drivers, eliminating the need to search for loose coins and walk to the nearest meter to pay for parking”. This is not true, it’s not a game changer as apps have been developed and are readily available. Unfortunately, the take up by Sydney councils has been much slower. This can be attributed to a number of councils amalgamating, while others faced the threat of amalgamation. The result was that councils did not invest in parking assets until the amalgamation issues were sorted.

The app has gone live in The Rocks, and parts of Darling Harbour and Pyrmont, where the NSW Government does have jurisdiction and Liverpool Council has also agreed to join.

Minister Dominello also said, “The technology is hassle free and makes life easier for drivers by putting more power in their hands”. The key issue is that Parking Australia members are now in direct competition with the NSW Government.

The media release, which has been taken down from the Government’s website, is still available on the NSW Liberal website and can be seen here https://nsw.liberal.org.au/Shared-Content/News/2019/NEW-PARKING-APP-A-WIN-FOR-DRIVERS.

The claims in the press release make it sound like the NSW Government are the first organisation in Australia to develop and implement a parking app for on-street parking. It really is astonishing reading.

By being in direct competition the NSW State Government may be in breach of their anti-competition policy, which in this instance seems to apply. I have written to the Minister for Customer Service requesting an urgent meeting and have also sent the same letter to the NSW Premier, Gladys Berejiklian.

The NSW Government are approaching councils like private enterprise would, and want them to sign up to the app. I also read that Wollongong City Council said they wouldn’t join, as they already have a parking app that they were happy with.

I would encourage NSW councils to seriously consider their options before signing up to the NSW app.

Recently there was an article in the Herald-Sun with the headline, ‘Parking Australia calls on State Government to Change Road Rules to Allow Virtual Parking Permits’. This article was published after Parking Australia had engaged another association to raise the issue with the Minister, and following the journalist who wrote the article having also asked the Minister’s office why they hadn’t responded to Parking Australia.

Further to the article having been published in the most read newspaper in the county, I was interviewed on ABC Melbourne Radio, where I once again raised the issue. The host of the morning show, Virginia Trioli, said they too would contact the Minister’s office to see if they would engage with us. Listen to the clip here:

The frustrating thing is that it’s such a simple change to align Victoria with the other states, and make things easier for the issuers of these permits and also the motorists who require them.

The Parking Australia Convention & Exhibition 2021 will continue the tradition of delivering knowledge and innovation, in an environment conductive to discussing advances and future developments important to the parking industry.

In addition to a dedicated parking expo and social events, the convention program will hear from a range of speakers focusing on current topics in the industry, including disability parking, the use and collection of parking data, data standards, EV charging, customer service, cashless and touchless parking, and recovering from adversity following the COVID-19 pandemic. The program incorporates sessions for both the private and public sectors, as they look to implement the best parking technology and practices in 2021 and beyond.