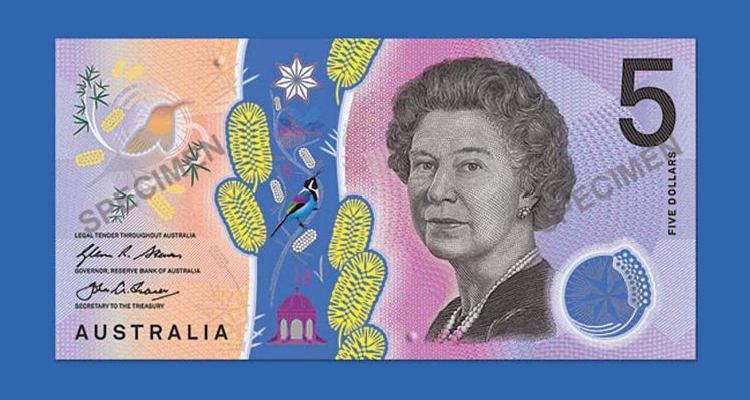 Next generation banknotes to be issued from 1 September

The Reserve Bank has announced that the first of Australia’s next generation of banknotes, the new $5, will be issued from 1 September 2016. Security features will be upgraded to ensure Australia’s banknotes remain secure into the future and designs will change accordingly to accommodate the new security features. A new tactile feature will also be added to assist the vision-impaired community.

‘The new banknotes will have a range of security features that have not previously been used on an Australian banknote.

The inclusion of these new features and updated designs mean that the banknotes have a fresh, modern feel. At the same time, key features of the existing series of banknotes, such as the colour, size and people portrayed on each denomination, have been maintained. The public will recognise the new banknotes.’

One feature of the new designs is the depiction of a different species of Australian wattle on each denomination. National Wattle Day, 1 September, has therefore been chosen to issue the new $5 banknote.

A number of steps have been taken by the Reserve Bank over the past six years to identify and engage with the banknote machine industry including a formal machine readiness program.

For more information on the next generation of banknotes visit the RBA website: