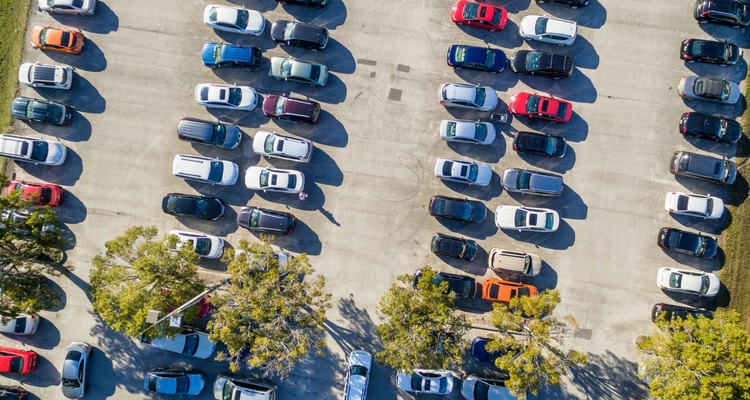 On 2 April the Federal Treasurer Josh Frydenberg handed down the budget which included significant funding for roads, rail and commuter car parking. In total the government has committed $500m to create or improve commuter car parking at 12 public transport hubs in New South Wales, Victoria and Queensland. Six of the commuter parks are in Melbourne’s east and south eastern suburbs with four pledged for New South Wales and two in Brisbane.

Without getting into the politics of the announcements (which would be easy to do), the Federal Opposition announced commuter car parks of their own in response to the budget. Labor has also adopted a policy to build commuter car parks should they win the election, with $300m to be drawn from the National Park and Ride Fund for new or expanded car parks at public transport hubs.

In some instances, both parties have announced the same locations. Gosford is one such location and their car parking will increase no matter who wins the next election. While both federal parties have set their sights on winning votes near the sites, they have announced that the state governments still need to approve and build the car parks.

The announcements of commuter car parking have not pleased everyone. There have been a number of articles including one in ‘The Conversation’ (also referenced in the Parking Insider) stating that there are better ways to use the funds. The first aspect that these articles are missing, is that to fund commuters on public transport for the last mile is not free, it comes at a cost, not just initially but also to continue the service year on year. Secondly, to fund the growing outer suburbs of our biggest cities will require hundreds of millions in investment, not only now but into the future.

Labor’s Climate Change policy has drawn significant commentary from the opposition and the media especially their target that half of all new cars sold by 2030 should be electric vehicles. Having read the policy, it does raise more questions than answers. For instance, what incentives or taxes will be introduced? Most significantly, what will Labor do to increase electric car charging infrastructure across the country?

So far, I am yet to see the detailed answer to these questions and let’s hope that they will be fleshed out as the campaign draws on.

Last year the NSW Government urged all councils to reduce their parking fines, but only 18 of 128 NSW Councils have agreed to follow suit. When the announcement was made by the NSW treasurer Dominic Perrottet it was hard to see why a Council would agree to reducing their income without compensation to offset the reduction. It was naive firstly to think that a reduction to $88 should apply to all NSW councils, given that this amount would prove no deterrent in many Sydney councils but would outside Sydney, Newcastle or Wollongong.

While some in the media have called councils ‘greedy’, they have forgotten that fines are a deterrent and not just a revenue earner. In most instances’ councils are managing the parking in the best interests of local businesses and residents. This simple, but true fact, seems to have been overlooked by the NSW Government who were seeking re-election.

Senator Jordan Steele-John from WA has called for more regulation and education of able-bodied drivers who misuse disabled car parking spots (ACROD bays). This comes from the WA Greens Senator himself, who needs to use ACROD bays and cannot, due to drivers without permits using them.

The Senator’s position has been supported by The Shire of Augusta Margaret River in Western Australia, who will now fine divers $300 for misusing ACROD parking bays.

Shire President Pam Townsend said, “We think it’s an important issue for people who have ACROD parking permits in our shire as well as visitors.”

From a Parking Australia perspective, it will be interesting to see if the increased penalty will see greater compliance.