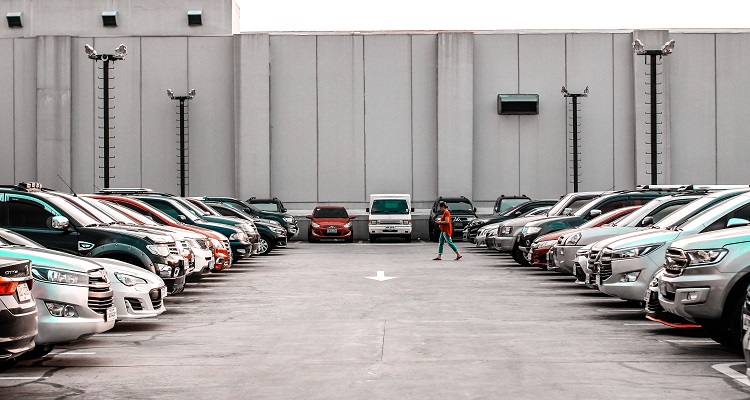 On Wednesday 8 May, Parking Australia Vice-President Mosstyn Howell, Board Member James English and I, met with the Federal Minister for Cities, Urban Infrastructure and Population, the Hon. Alan Tudge MP. This meeting was the result of a concerted effort to have the minister engage with us specifically, regarding the Liberal Party’s commuter car park policy.

In the lead up to the election both major parties announced they would fund the building or expanding of commuter car parks at train stations or transport hubs. Now that the election has been run and won, Parking Australia will continue to engage the government on the building of these car parks.

The $500m Commuter Car Park Fund as announced in the budget and confirmed to us by the Minister, will see up to 50 Commuter car parks either built or expanded. Of the 50 announced by the government 30 will be built in Melbourne.

The Minister informed us that the car parks will be built on either state government land or by local councils. He also told us that for most of the proposed sites, councils had developed a proposal to request the funding and identify the site where they will be built. Some of the proposals accepted will be multi-storey car parks.

In our meeting with the Minister we made three main points:

Now that the Government have been returned to power, Parking Australia hopes that Mr Tudge remains the Minister for Cities, Urban Infrastructure and Population and that we will be able to continue working with him on the promotion of car parking, as part of the solution to solve congestion in our major cities.

The Victorian Government delayed the delivery of their budget from 30 April to after the federal election and was delivered on Monday 27 May. With the state’s finances taking a massive hit from reduced property stamp duty revenue, it was anticipated that other fees and taxes would be increased. As such, Parking Australia believed that the government had been planning to increase the Melbourne Congestion Levy by as much as 25%.

With the potential of such a big increase, Parking Australia worked with operators and the Property Council to put pressure on the government not to increase the levy. This pressure came in the form of the Property Council and its members who own car parks, making direct contact with the government. Parking Australia encouraged operators to make the owners be aware of what an increase would mean for them.

With the Property Council doing the behind-the-scenes lobbying, we engaged the media to inform the public of what it would mean for them and their hip pocket. This was a highly effective strategy with coverage in the Financial Review and the Herald-Sun. I was also interviewed on radio station 3AW during its popular morning program with Neil Mitchell.

We may never know how effective this campaign was, but the end result has seen the levy only increased by CPI and not expanded to include any new inner Melbourne suburbs. However, I’m certain that if we had not started the lobbying process then the Congestion Levy would be increased by more than what was included in the budget.

On Wednesday 15 May Parking Australia held a Networking Breakfast in Brisbane at the Queensland University of Technology (QUT). The event was held near Peter Coaldrake Education Precinct at QUT, which provided attendees with the ability to network over breakfast and hear from the speakers.

The main speaker Luke Abercrombie, Transurban’s Head of Technology, presented on their recent initiatives to help reduce congestion in Brisbane, now and into the future. We also heard from Trystan Eeles at Liftango, who outlined their app which enables students at QUT to rideshare and receive a discount on their parking for doing so.

I’d like to thank Silje Troseth from Q-Free for also being a member of our panel and for sponsoring our event. I thoroughly look forward to seeing everyone at our Melbourne event on Tuesday 20 August. Mark that date in your diary – event details will be released asap.