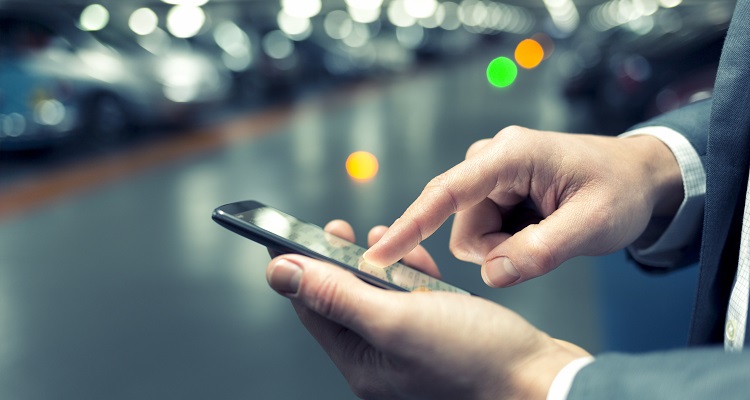 How technology and parking can assist in reducing congestion

In recent weeks I’ve read how travel times on key roads in a number of our capital cities are increasing. For those of you who sit in traffic to and from work, it will come as no surprise. In a study commissioned by the Australian Automobile Association (AAA), with GPS data from tens of thousands of cars across Australia, it was reported that the average speed during the morning and evening peak fell in all major capital cities.

Governments are spending more and more on new roads, rail and other public transport solutions, but it seems by the time a new project comes online it does little to ease congestion at all. The AAA report also stated that, “Not only is congestion hampering our road network – the network itself is also deteriorating”.

Like many of modern society’s issues there is no simple fix but a combination of measures, which when implemented together, can help provide a solution. In relation to the issue of congestion I am continued to be surprised that parking is not spoken about as one measure that could help ease congestion in our cities.

The Federal Government’s Commuter Car Park policy is a step in the right direction. It acknowledges that there are issues in providing commuters with timely first mile-last mile public transport services, especially in our growing outer suburbs. Thus, people will drive to the nearest station and use public transport if such infrastructure is provided.

In discussions with the Federal Minister for Cities, Urban Infrastructure and Population – Alan Tudge, I have suggested the use of technology to assist commuters to know if the car parks are full or have a number of vacancies. There are already examples in both Sydney and Melbourne where car parks at stations are full by 7am and drivers do not realise this until they have entered the car park.

Fines Victoria, which is the state government agency that processes and enforces the payment of parking infringement notices, has had significant IT issues resulting in Victorian Councils not receiving parking and other infringement monies they are owed.

The IT  issues have delayed the completion of fine reviews, payment plans and processing of payments. These delays date back to the introduction of the system in December 2017.

The delays have caused councils cash flow issues and, in some cases, real budgetary pressures. The amount owed to councils is in the millions. The city of Greater Geelong has a cash flow shortage of $650,000 and at one point was owed more than $7.7 million in unrecovered fines.

The Victorian Ombudsman, Deborah Glass, in a report tabled in parliament stated that Fines Victoria was still experiencing significant IT issues and has been the third most complained about government agency in Victoria.

Uber has announced that Australia will be their first international market for Uber Air. Melbourne being selected as the third official pilot city and will join Dallas and Los Angeles as pilot cities for the program. It is anticipated that test flights are due to start from 2020 and for commercial operations to begin from 2023.

Susan Anderson, Regional General Manager for Uber in Australia, New Zealand and North Asia, made the announcement at Uber’s global Elevate (Uber Air) Summit in Washington (June 11) and said, “Since we entered the market in 2012, Australians have embraced Uber wholeheartedly. Today, over 3.8 million Aussies regularly use Uber as a reliable way to get from A to B, and governments across the country have recognised the important role ridesharing plays in the future of transport for our cities.”

Uber has entered into partnerships with Macquarie, Telstra and Scentre Group, owner and operator of Westfield and is also looking to work with key existing partners such as Melbourne Airport. As part of the announcement Lorie Argus, Chief of Parking & Ground Access at Melbourne Airport, said, “As the gateway to Melbourne for tens of millions of travellers each year, we can see fantastic potential for Uber Air in the future. We look forward to continuing this exciting conversation, and working with government, regulators and our local communities to make this happen.”

In addition to these partnerships the ABC reported that Uber Air will be looking to use the rooftop of car parks as launch sites. Parking Australia has looked to engage with Uber Air to understand these plans in further detail and we’ll keep you updated on how our efforts are received.