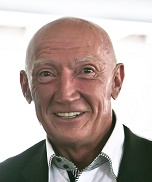 Glen served voluntarily on the Association Committee for a period of more than 20 years, of which 10 of these he served as President.  In 1988 he was one of the very first to be elected to the committee of the newly formed PAA and he prompted the first business plan for the association in 1993.

Glen has always been highly involved in the parking industry.  He attended the University of Melbourne, where he qualified as a Civil and Traffic Engineer and worked with the then Country Roads Board of Victoria, Loder & Bayly and Ove. Arup consulting firms.  He started his own business, TTM Group of Companies, in 1982, which was founded in Melbourne but grew rapidly throughout other parts of Australia.

He then formed TPS Traffic and Parking Systems Pty Ltd in 2009 from the TTM Group of companies, to respond to the increased demand for a company that could provide a total solution for parking and traffic system requirements for all commercial and residential sites.