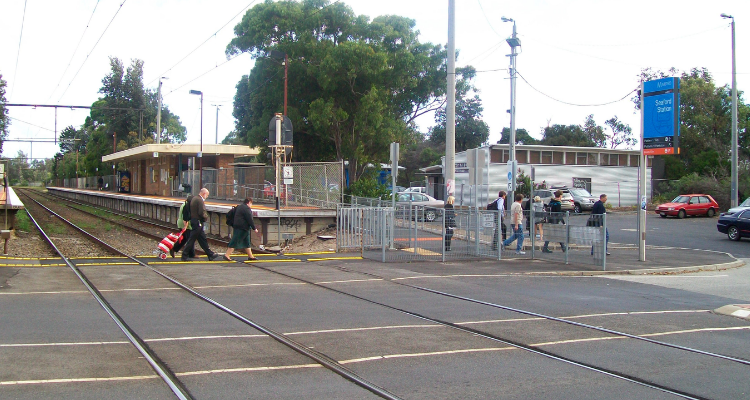 FUNDING for car parking at Kananook Station has been budgeted by the federal government. The project is expected to cost $18 million to taxpayers, with funding to be drawn from the urban congestion fund.

The car park will now be built on land purchased by Frankston Council by the Frankston Basketball Stadium.

Urban infrastructure minister Paul Fletcher said that the car parking announcement “delivers on a commitment we made to the people of south-eastern Melbourne to deliver more commuter car parking at Kananook station to encourage more commuters onto trains, which in turn will mean less pressure on local roads.”

“We will be working closely with the Frankston City Council, which has acquired the site to kick-start this project,” he said.

“Scott Morrison promised our community three commuter car parks before the 2019 election – and never delivered. Now he’s at it again, promising another car park, just before the next federal election,” she said.

“Car parking is a real issue in our community – we deserve a government that will actually deliver. Not one that makes empty promises before an election.”

Frankston mayor Nathan Conroy said that Frankston Council is “delighted to welcome the news that the federal government is backing our proposal to maintain vital funding within Frankston by building a multi level commuter car park that services the Frankston City and broader Mornington Peninsula communities.”

“We are confident that this project will meet the needs of current and future commuter car parking demands for Seaford, Kananook and Frankston communities and for those travelling from the Mornington Peninsula to access metropolitan rail services,” Cr Conroy said. “Additionally, this new car park will service the needs of the neighbouring Frankston Basketball Stadium during off-peak commuter periods, such as for night-time and weekend training and competition.”

Frankston councillor Kris Bolam said “I am really proud that not only was the council able to keep enormous sums of federal monies in the municipality, but by partnering with the federal government we have effectively doubled the Coalition’s initial election commitment of additional commuter car parks for the Seaford precinct.”