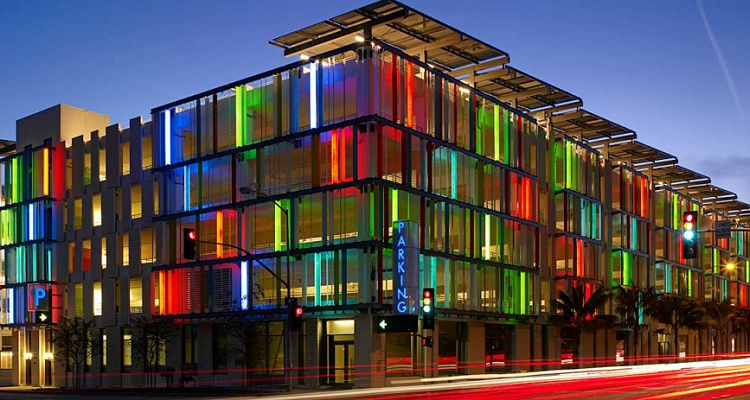 Car park upgrades to benefit both users and operators

Australia’s reliance on motor vehicles is legendary and while some reports indicate a dip in car ownership due to younger generations shunning cars in favour of car sharing, the recent ABS figures[1] indicate car ownership remains high with currently 12 million vehicles on our roads.

With so many cars, the question turns to increasingly stretched parking facilities and the role of car parks in our society.

In Australia, car parks will continue to be indispensable assets but a lack of modernisation and structural improvements can have a detrimental effect.  Operators need to recognise the opportunities and financial gains that can be reaped from improvements to car park facilities that can result in increased returns for local operators.  Improvements could include a major facelift to the facility’s façade, or more practical changes to the facility’s internal layout.

Either way, improvements to car park structures that create more pleasant and user friendly car parks will benefit everyone who uses them.  The resulting benefits are not just about delivering a better car park experience, but also the safety benefits such as assessing driver orientation, or wayfaring, or auditing the facility to ensure it complies with current Australian Standard AS2890.1 are all vitally important elements in creating a safe parking area.

Safety compliance is mandatory for today’s car parks to protect both drivers and pedestrians, with car park accidents becoming more than just one off occurrences.  In the last few months there have been incidents involving drivers accelerating or reversing their vehicles through insufficient barrier walls or losing their spatial orientation while driving through the facility.  In addition to safety barriers and railings, ramps and parking bays should also be reviewed so that they are in line with modern vehicle sizes and turning circles.

Multi-storey car parks today are often accused of being concrete monolithic structures that take up valuable real estate.  However accessible parking is critical to the economic wellbeing of many urban and CBD areas across Australia and the removal of a car park facility can have dire consequences for local business.  If car parks disappear from within the community, rather than compel people to use alternative transport, there is likely to be backlash from regular users and dependant businesses.

One example of a city forced to address a lack of parking recently is Santa Monica in the USA which, when faced with a critical parking shortage a few years ago, took a more creative approach.  The city turned run down and disused car parks into state of the art modern parking facilities, adding highly creative facades to transform the exterior into an eye catching structure. Using coloured lights and panels around the building, the dramatic and striking result took car park design and sustainability to an entirely new level.

The car park’s internal layout was also reviewed to help improve traffic flow and efficiency, turning the dark interior into a bright and lively area using solar panels. For the driver, the car park offered greater safety features, including helping to improve user orientation within the facility.

It is encouraging to see a growing number of local architects and designers embracing the opportunities that car parks can present.  Designers are increasingly using creative façade applications to make the buildings visually engaging.  One notable project is the Brisbane Airport car park which features a five thousand square meter kinetic façade made from 118,000 suspended aluminium panels that appears to ripple fluidly in the wind and features an intricate design reminiscent of the Brisbane River.

While Australia is yet to see a striking transformation like the one in Santa Monica, it is encouraging to see a growth in refurbishments from car park owners who are keen to address safety compliance.  A recent example is a corporate office car park upgrade in St Leonards.  The facility was in dire need of a complete safety overhaul, particularly as the multi-level car park overlooked a childcare centre.  The upgrade, which consisted of new vehicle impact barriers around the facility’s perimeter and ramps, and the installation of decorative façade panels around the car park’s perimeter not only addressed the facility’s safety compliance, but also made a dramatic difference to the car park’s aesthetic appeal.  The child care centre also benefited with the new barriers helping to reduce the risk from an accidental vehicle impact. 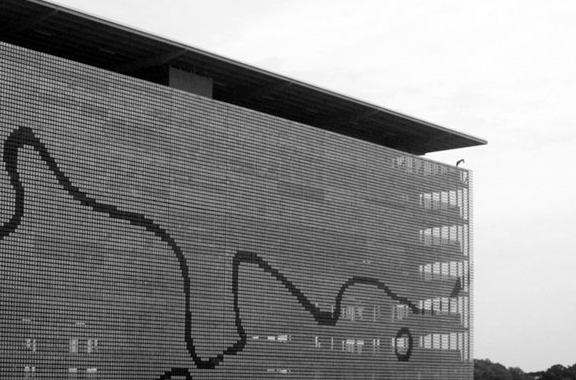 Car park facilities incorporating art installations to create dramatic looking feature buildings is a growing trend which we hope to see more of in Australia.  As important capital assets, the continued improvements to car park facilities is vitally important to ensure they engage users while delivering attractive returns for owners and operators.

(This article first appeared in Sourceable.net)