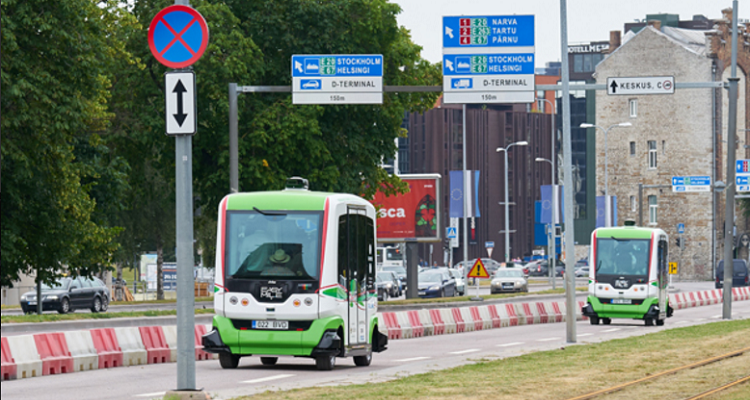 On 29th July two EZ10 driverless shuttles were put into service in Tallinn, running the route between Mere Avenue and the Tallinn Creative Hub as part of a pilot project that was launched in Estonia.The EZ10 driverless shuttles will be running from Monday to Saturday, from 8.30am to 5.30pm, and is free of charge for all passengers. The EZ10s will end their services at the end of August.

Founded in 2014, EasyMile is a high-tech startup specialised in providing both software powering autonomous vehicles and the last mile smart mobility solutions.

The company is headquartered in Toulouse (France) with offices in Singapore and Denver (USA). It also operates through value added resellers notably in Japan, Taiwan and the Middle East.

EasyMile, with its workforce of 90 passionate employees, is a privately held company that is currently growing organically at a sustained pace.