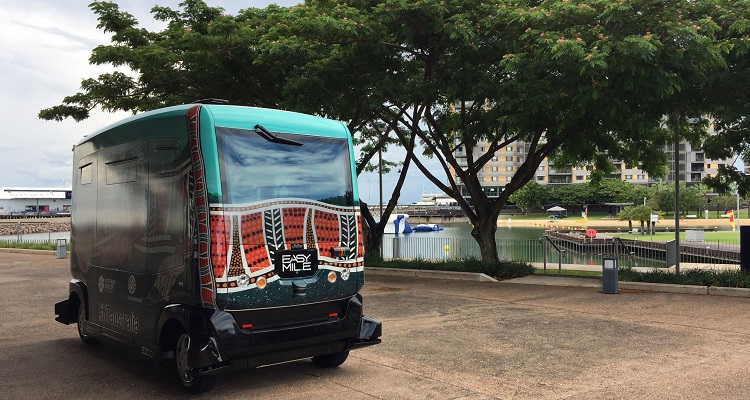 “Autonomous transport technology is no longer science fiction – it’s here and we are leading the way,” Mr Gunner said.

The fully autonomous vehicle provides zero emissions when operating, is fully air-conditioned and capable of carrying up to 12 passengers at one time.  The vehicle can provide up to 12 hours of operation per charge.

“The EZ10 vehicle attracted international and domestic notoriety during the Intelligent Transport System World Congress and there is now a dozen International and Australian clients actively seeking vehicles from EasyMile including universities, airports, precincts and shopping centres,” Mr Gunner said.