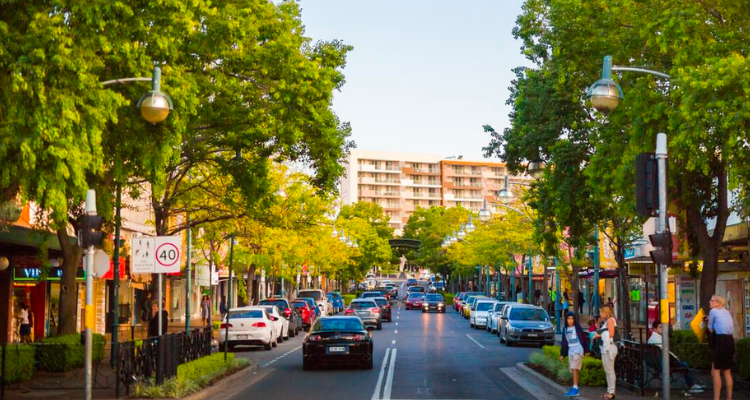 Sydney’s urban centres must declare war on clearways in order to bring back parking spots and restore vibrancy to our city’s high streets, local voices have claimed.

Sydney must dump its clearways and even some bus lanes and bring back main street parking spots to save struggling businesses.

In a controversial move that is set to enrage many public transport advocates, the Committee for Sydney is calling for a post-lockdown ­reversal of previous policies that prioritised bus lanes and cars over on-street parking.

The proposed change is hoped to spark a revival in suburban local town centres, which have been smashed by rain and Covid-19.

Committee CEO Gabriel Metcalf said: “We’re recommending restoring the parking that used to be on all high streets, which would mean ­removing clearways”.

Ashfield, Dee Why, Newtown, Mosman, Epping, Collaroy and areas south of the CBD along the Princes Highway are just a few locations that could greatly benefit from these changes.

The proposal is being welcomed by business and local communities across the city – although the NRMA maintains clearways must stay – but off-street parking needs to be improved across city.

Oz Resort Swimwear owner Jacqui Major is calling for a trial removal of the Pittwater Rd clearways to help businesses come back to life.

Despite her Dee Why store having been there for more than 35 years, she said many people remain confused about the clearways, which apply from 3pm to 7pm.

“Many people won’t park out the front even though the clearway only applies later in the day,” she said.

“There are 40 businesses in Dee Why alone – and many more along Pittwater Rd – which would love to see the removal of the clearway. If the clearways were removed we would stay open well past 4pm. Why not test it out?”

“We have already seen that clearways have had some negative impacts on retail strips in other areas of Sydney,” she said.

That can’t be allowed to happen in Ashfield and there should be a review into the impact the clearways have on the local communities and on businesses.”

Roads Minister Natalie Ward said Transport for NSW “remains open to working with key stakeholders to ­explore where it can improve local amenity around Sydney roads where clearways currently apply.”

“But we need to make sure that this is balanced with the need to keep motorists moving safely on our road network during peak hours,” she said.

In the past two years clearways have been declared on High St near Randwick Racecourse and Mascot to Eastgardens along Wentworth Ave and from Botany Rd to Bunnerong Rd, Eastgardens.

As well as plans to revive our suburban high streets, the Committee for Sydney’s Better Parking For Better Places report has also called for an expansion of commuter car parks in outer suburban areas.

However, commuters would be charged a small fee.

“Commuter rail stations make sense as locations to provide increased parking, ­because that means people can drive part of the way, then switch to public transport,” Mr Metcalfe said.

“In places that are trying to achieve truly high densities, like the CBDs of Sydney or Parramatta, we are not going to be able to fit as many cars.

“We should be thinking much more strategically about how to manage parking in these locations.”

Wherever there are traditional parking lots near rail stations, the report proposes they should be redeveloped for retail, commercial or residential uses.

Bankstown, Blacktown, Cabramatta, Campbelltown, Liverpool and Penrith are all areas ripe for this change, the report says.

Fairfield Mayor Frank Carbone said the council last year opened the final stage of a revitalised a Cabramatta carpark, which now gets 1.5 million visitors per year.

The Dutton Lane carpark kept the 900 traditional car spaces, which costs $3 for two hours, but also added a retail space at Gough Whitlam Square as well as cafes and restaurants. It even has a bamboo garden on top.

“Not only is it the best car park and most cheapest car park to use in Sydney, it’s the best- looking one too,” he said.

Car share companies such as GoGet or Car Next Door can also reduce local parking pressures, the report said.

While the City of Sydney, North Sydney and Inner West councils have 10-30 per cent of licensed drivers holding a GoGet membership, outer suburbs are a dead zone.

The report calls for areas around Liverpool and Rouse Hill to be introduced to car share, which claims to save people $2000 if you drive less than 6000km per year.